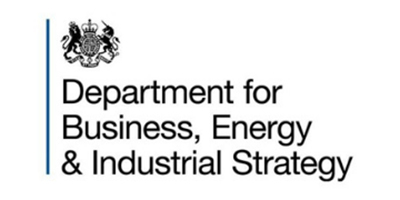 On Tuesday 23 March 2021 the Business, Energy and Industrial Strategy Select Committee opened an inquiry into the Government guarantee that protects MPS pensions from reducing in real terms and inflation increases based on the Retail Prices Index (RPI) to some of the pension. In return for the guarantee the Government has received 50% of the surpluses in the Scheme and cash from the Investment Reserve Fund (IRF). The IRF was made up of the residual of previous surpluses taken by British Coal to fund the continuation of the Pensions Holiday that had not been used up to privatisation of the Coal Industry.

The Select Committee inquiry opened with an oral evidence session, witnesses from the Trustees of the MPS and the NUM (link to watch a video of the session below) answered questions from the Committee members.

The BEIS Select Committee is now inviting written evidence to be submitted for it to consider ahead of a second oral evidence session with the Secretary of State for Business, Energy and Industrial Strategy and Junior Minister with responsibility for the MPS guarantee. The call for evidence is open until the 12 April 2021 and the NUM would ask all MPS Pensioners and family members to put in their views of how unfair the guarantee arrangements have been for MPS members.

Written evidence can be submitted through the BEIS Select Committee website which you can find by clicking the link below.

Prior to the Oral evidence session the NUM put in the brief below to the Committee for their consideration and will be submitting the NUM commissioned report on the MPS guarantee and the 50/50 surplus sharing arrangement. It is intended that the report will be updated and submitted to the Committee before the closing date for written evidence.

History of the Scheme.

Prior to privatisation the split of the Scheme surpluses was driven by British Coal wishing to continue with the employer’s pensions holiday. Surpluses over and above that were retained by the Trustees and distributed to Scheme members, pensions in payment were increased above the level of inflation (RPI) and contributing and deferred members received service credits.

Since privatisation, surpluses under the Government guarantee have only been allowed to be distributed to Scheme members by way of a bonus which is not guaranteed. Questions about how this was fare to members whose pensions were not in payment were raised with the then Scheme Secretary (Karen Coupland). Following this the next distribution bonus for deferred members was higher than for pensioners.

At the time of privatisation, the Scheme members (Pensioners, Contributing (who were to be made to leave the MPS and given protected person status to join the Industry Wide Schemes) and deferred) had a reasonable expectation that all their pension rights accrued up to privatisation were going to be covered by the Government guarantee. Based on the literature sent out by the Trustees at the time accrued pension was guaranteed and would increase in line with inflation (RPI index).

Since privatisation changes in Government pensions legislation have seen the value of this guarantee reduce. Guaranteed Minimum Pension (GMP) increases are no longer based on RPI, pre 1988 service has no increase and post 1988 service has CPI (historically 1% less than RPI) capped at 3%. Whereas we were told all our earned pension up to privatisation would be protected and increase in line with RPI now only the “Guaranteed Pension” element is guaranteed to increase by RPI.

This is as a result of changes in government legislation not changes to the Scheme rules although the question could be asked as to why given the negative impact on the level of pension increases the Scheme rules were not changed to prevent this. Maybe the Trustees tried and were refused by the Government.

The fact remains that the members of the MPS have been mislead as to the scope of the guarantee and the level of risk to the government to provide the guarantee has reduced, yet the 50/50 split has remained the same.

As part of providing the guarantee the Government receive 50% of any declared surplus, this is paid to the Government over a 10-year period. It has always been a bone of contention as to where the 50/50 split came from. Surpluses for the 1987 and 1990 valuations were divided 70/30 (70% retained by the Trustees to be distributed to Scheme members). After talking to a former joint Secretary of the MPS it appears that there was no formal arrangement in the MPS for how surpluses were to be divided between the employer and the members. This was done on an ad hoc basis with the employer (British Coal) requesting an amount to cover a pensions holiday from paying employer contributions into the Scheme, the residue being used by the Trustees to increase benefits to members. Prior to privatisation, this was done by granting above RPI increases to those whose pensions were in payment and service credits to contributing and deferred Scheme members. Since privatisation surpluses can only be distributed to Scheme members by way of a non-guaranteed bonus that can and has if the Scheme showed a deficit be reduced. This has in part been addressed by recent changes following the last valuation agreed between the Government and the Trustees although there as still some MPS members who have yet to see (literally) a single penny in additional benefit from past surpluses.

In 1993 the Scheme surpluses were divided 50/50 although if the rational above is correct, there was no need for British Coal to require any of the surplus as they already have sufficient funds to cover extending the pension holiday up to privatisation and therefore the surplus should have been 100% to increase benefits. There was in fact a surplus of some £460m at the time of privatisation that British Coal had not used; this became the Investment Reserve Fund (IRF) from which the Government has had £1.3billion and there is over £1billion still in the IRF (invested with the Scheme funds) to be handed over by 2029 (or 2027 by agreement between the Government and the Trustees). There is an alternative reason for the 50/50 split of future surpluses – I am informed that the BCSSS already had a formal arrangement for surpluses to be divided equally between the Scheme and the employer, so a 50/50 split was imposed on the MPS as part of the guarantee in order to give parity between the two Schemes (despite there not being parity in the level of benefits), although this was a clear detriment to MPS members.

A side issue stemming from the arrangements for the guarantee of the MPS is the effect it had on the Mineworkers who remained in the industry following privatisation. They were removed as contributing members of the MPS so that the Scheme could be a closed Scheme and given a legal right to join the new Industry Wide Schemes (Protected Person Status). The new Schemes were “mirror image” in benefit structure to the original MPS and BCSSS (“mirror image” was the term used at the time in all the literature to members). Over time because of the financial difficulties that some of the successor companies to British Coal suffered, the benefit structure of the Industry Wide Schemes was changed to reduce future accrual from 60ths to in some cases 106ths and the employee contribution increased from 5.25% of pensionable pay to 6.25%. Members also lost the link with future pensionable earnings resulting in most cases with an MPS pension less than it would have been had the Scheme not been closed.

These former MPS members therefore ended up paying more for less benefit and in respect of Scottish Coal and UK Coal employees some (under normal Scheme retirement age) lost 10% of the value of their pensions when the Schemes entered the Pension Protection Fund (PPF). Protected Person Status was a hollow gesture as there was no substance or protection behind it.

The Government commissioned its own report (National Audit Office, Report by the Comptroller and Auditor General, Department of Trade and Industry: Sale of the Mining Operations of the British Coal Corporation, published 3 May 1996 paragraph 1.21, Binder Hamlyn) in which the National Audit Office’s advisers calculated the Government could receive £2 billion in total from the two schemes over the next 25 years. The Government has so far received £4.4 billion from the MPS alone, I am informed that the present-day value (£1 billion in 1996 being half of the £2 billion expected from the two schemes) is £4 billion, the Government has therefore received considerably above what was expected with more to come if the current guarantee remains unchanged. I fail to understand why pensions have not increased four-fold if the effect of the guarantee were to ensure they kept pace with inflation (RPI index).

At paragraph 1.25 of the report (last bullet point) Binder Hamlyn express the view that the DTI “obtained good value for money by negotiating for the Government to receive a share of future receipts (currently estimated to have a net present value of about £2 billion net of any payments by the Government because of its guarantee) arising from pensions surpluses in the existing principal British Coal pensions schemes” but they do not express a view on if the Government guarantee is good value for money for the MPS members. It clearly is not.

The NUM commissioned a report looking at the risk versus reward for the Government and value for money for MPS members for providing the guarantee. This report concluded that a 90/10 split of any future surpluses would be more appropriate.

If the remaining funds of the IRF were to be released to the Trustees to increase benefits the average MPS pensioner on £84 a week would receive a £14 a week increase. Given the actual results since privatisation it does not seem unreasonable and indeed fair for the Government to release the IRF to the Trustees to immediately increase pensions and renegotiate a fairer split of future surpluses going forward to reflect the reduced risk of guaranteeing the scheme.

Following the announcement by Government that from 2030 inflation will be calculated using the CPIH index and not the RPI index unless changes to the guarantee are agreed to offset the historic difference between RPI and CPIH (CPIH being historically 0.8 to 1.0% lower than RPI) MPS members will see a similar erosion to the benefits provided by the guarantee to that experienced by Government changes to GMP increases. This will result in a further reduction to the level of risk to the Government in providing the guarantee.

For the above reasons I hope that the BEIS Select committee following their inquiry into the MPS guarantee, conclude that the current arrangements have been of greater benefit to the Government than to MPS members and recommend to the Government that the current arrangements are not fair and that, in light of actual experience since privatisation, should be amended. That it is not unreasonable to consider reducing the split of future surpluses from the current 50/50 to between 90/10 (as in the NUM report) or 70/30 as was the case for the 1987 and 1990 valuations and to release to the Trustees the funds in the IRF for benefit improvements.