Paying our respects to those who lost their lives in the Oaks Disaster. 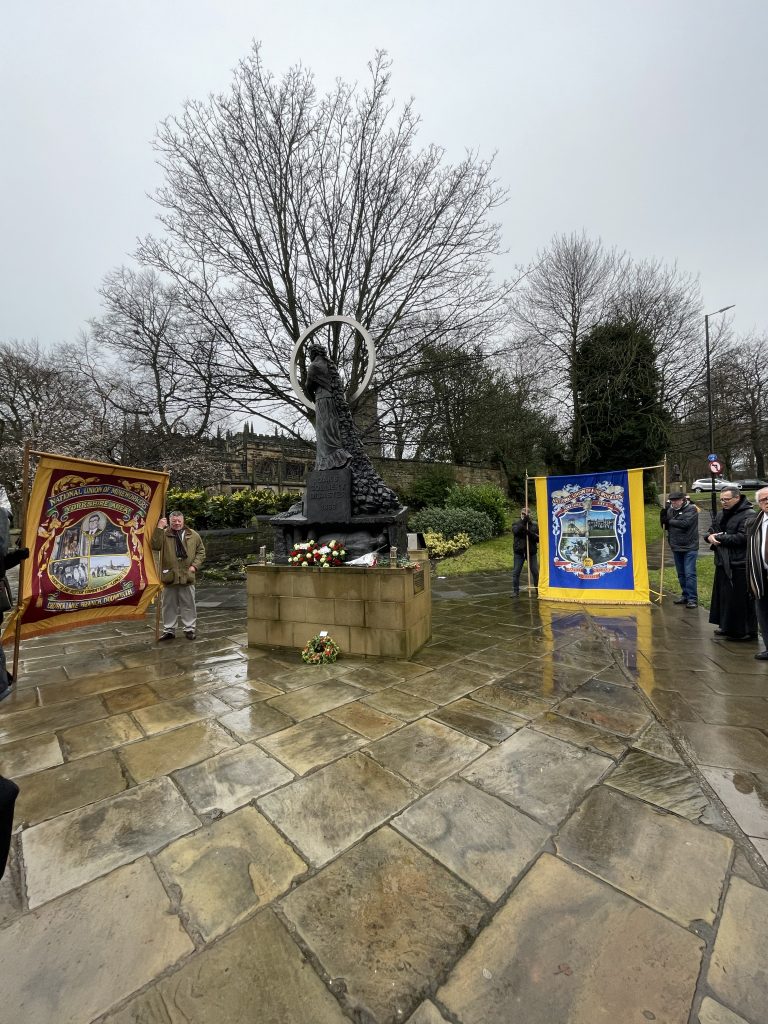 12th – 13th December 1866 saw the largest loss of life in an English Colliery -“the Oaks” whereby 361 souls lost their lives. Following a marvellous fund raising effort the money was raised to erect the “Oaks Memorial” in Barnsley,in 2016, the occasion was marked by a full Memorial Service, to coincide with the timing of the explosion, organised by the Yorkshire Area NUM and the “People & Mining” group.

This year due to Government restrictions that event cannot take place as we would have liked, however the occasion was marked by the laying of wreaths and respects were paid in an act of remembrance led by Father Stephen Race (St Marys Church Barnsley) supported by a limited number of people from the above named Organisations.

Whilst the current situation constrains the attendance, it would be remiss to not recognise the occasion in some format. No disrespect is intended to anyone who usually attends. Hopefully the usual format will take place next year where everyone will be able to attend.