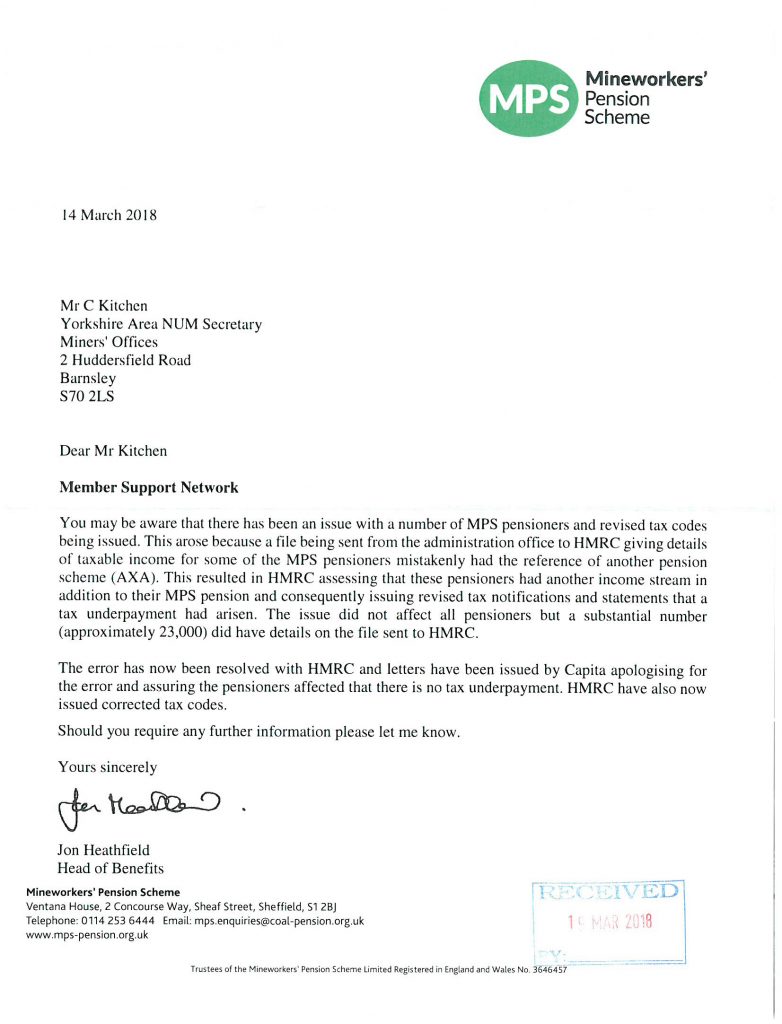 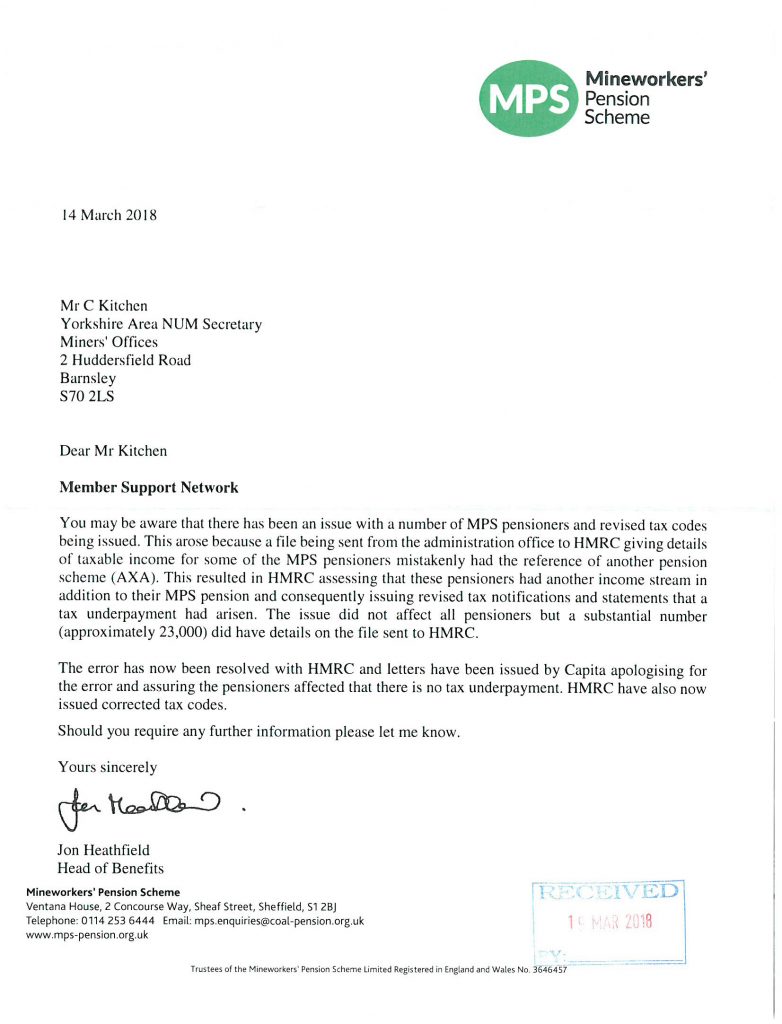 We have been informed that an error has occurred that has resulted in a number of MPS members mistakenly being issued with new tax codes.

We are told that this is being rectified as a matter of the highest priority by Capita and HMRC. Affected members will be contacted shortly to advise them that neither their original tax codes nor their pension payments should be affected, and that their tax liabilities are completely unchanged. In the meantime Capita are dealing with any member enquiries.