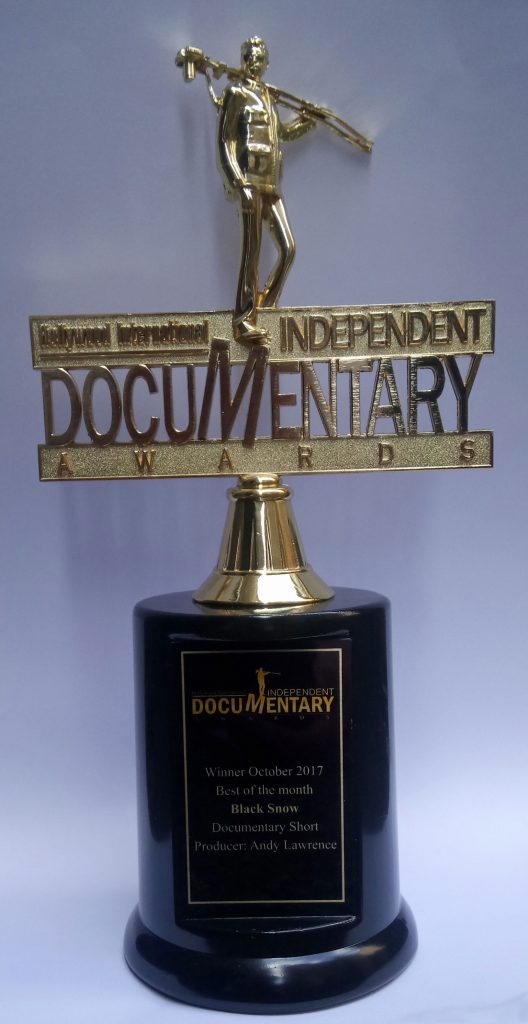 With over 20 awards from all over the world the short film made by Steve Linstead and Andy Lawrence ‘Black Snow’ received 2 awards presented in Hollywood by Dani Jae at the world-famous Raleigh Studios.

The film was produced in conjunction with heritage work around the Oaks Colliery Disaster of 1866.

Much of the film was shot in the NUM Offices in Barnsley and the NUM actively helped and supported the work.

The Award ceremony was in March with the red carpet rolled out. The film was shown along with other films from around the world and was well received by the audience.